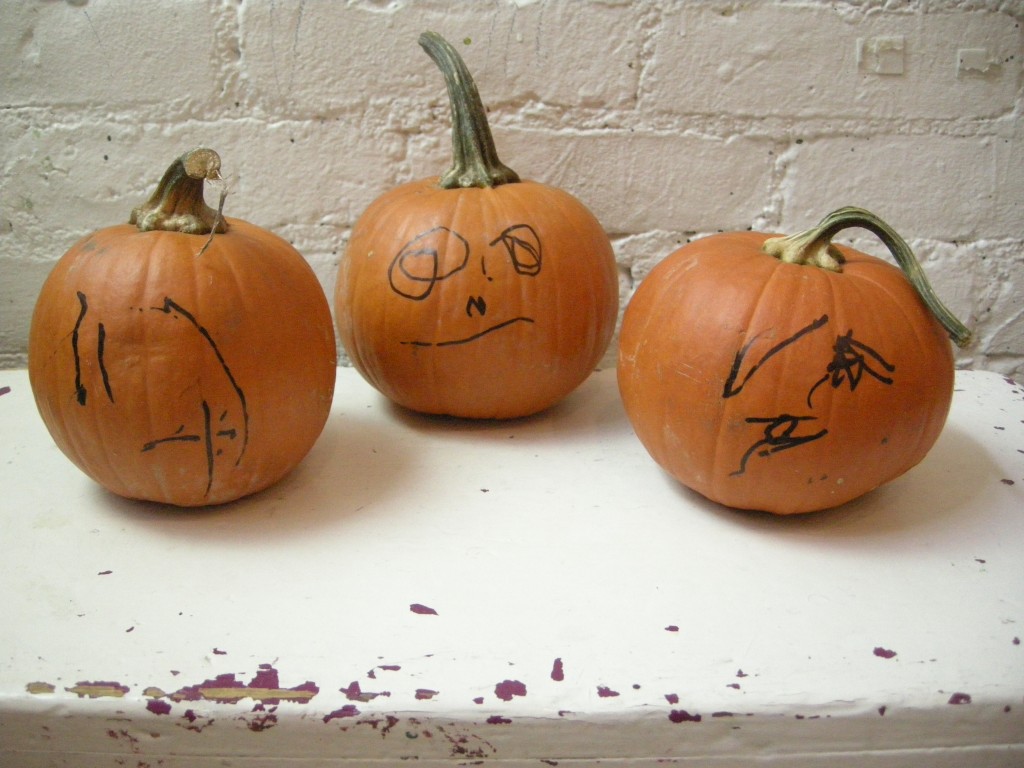 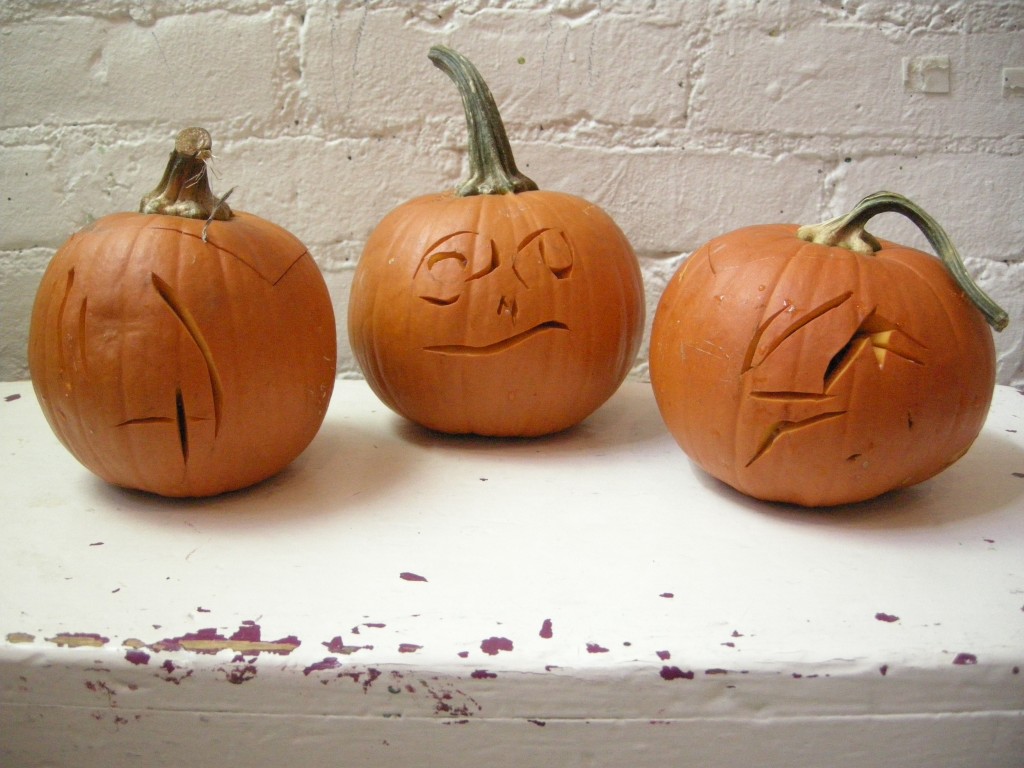 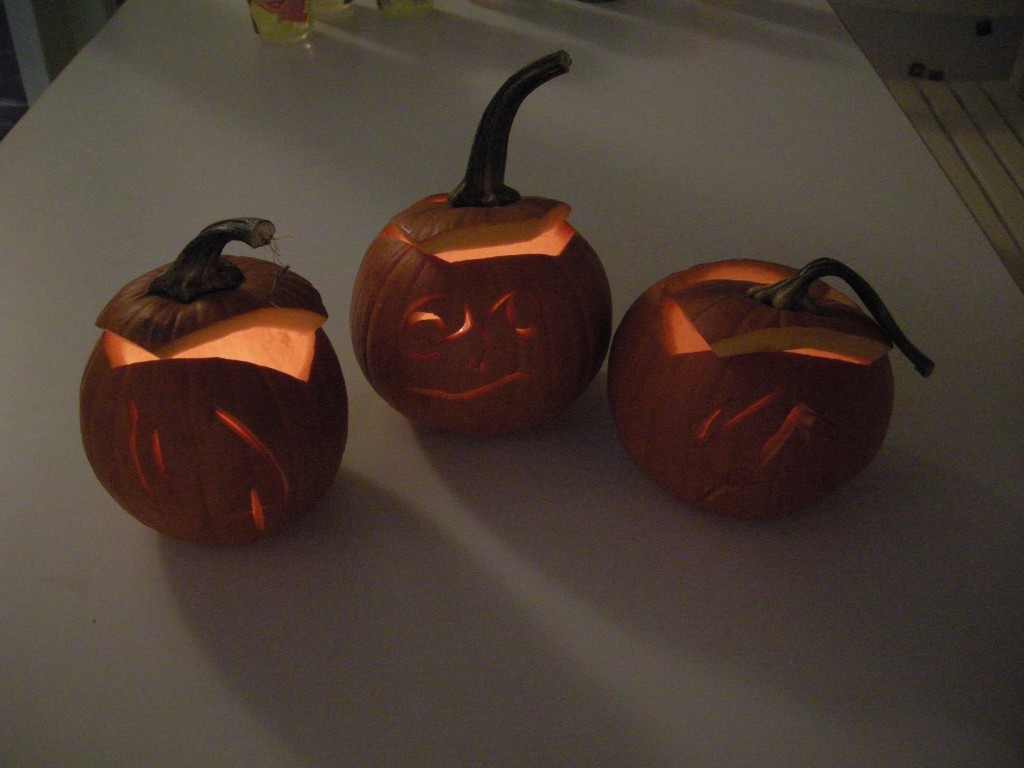 Every year I go up to the Union Square farmers’ market the Saturday before Halloween and look for the best price on 12 little pumpkins (plus a few extra ones just in case).  They’re about 3-1/2 to 4″ tall, beautiful, carvable, and have to have a cool looking stem.  I walk them home, via Broadway, in a shopping cart.  I get a lot of smiles.   It’s really fun.  Once home, I line them up in my studio and the next week (this week) each group gets to come in and pick the one they want.  It’s so interesting to watch them choose.  They really consider each one and then make their decision all within, maybe, five to ten seconds.  Some kids want to come back and get another one or try to pick up two at once.  But with a small reminder from me to move along with the group, they all go back into the play area with their very own pumpkin – so proud, so happy.  Kristen and I write their name on the bottom of their pumpkin then ask them to draw a “face” on it with black marker: two eyes, a nose and a mouth.  The kids who are closer to three often draw a recognizable face – a developmental milestone.  Kristen and I then carve a “hat” out of the top, in such a way that it only goes back on in one way, like a puzzle.  The kids help scoop the seeds out and then I take it out of their reach to carve it, doing my best to be true to their drawing.  When a few of the pumpkins are done, we turn down the lights and light a candle inside each one.  Of course, they take their pumpkin home at the end of the playgroup.  The kids are thrilled with this whole process, and the results are astoundingly beautiful.

My favorite Halloween book is “A Woggle of Witches” by Adrienne Adams, published by Scribners in 1971.  Yet another book that deserves to be re-published.  The best part of this book is that the witches are fun-loving, yet terrified of children in their Halloween costumes.  Even the most fearful of children I’ve worked with over the years seem to understand the message of this book on a deep level.  I do read it carefully to make sure that those children are ok with it.  The other kids just love the story.

Costumes loom large in both the parents’ and the children’s imaginations.  Years ago a little girl named Jenny, who was two at the time, told me she was going to be a “hallorina” for Halloween.  (Her older sisters were going to dress up as ballerinas too.)  I don’t ask the kids to wear their costumes to the playgroup the week of Halloween.  I guess because some kids are fearful or reticent to wear a costume, and I don’t see the point of making a big deal out of something we delight in but may be confusing or scary to some kids.  They all feel our excitement and, for some children, that’s enough.